tirn technology, a Provider of a Zero-Emission Bus Simulation Service, Is the Winner of the Shine Program Held by SwissRe Foundation and Pontis Foundation

Slovakia, Bratislava | 30.06.2022 – tirn technology’s Zero-Emission Bus Simulatory became the winner of the second year of the Shine program.  The Swiss Re Foundation, in collaboration with the Pontis Foundation, announced the second year of the program in April this year. The international jury selected tirn technology as the winner from among 19 submitted projects.

tirn technology will receive a financial reward from the Swiss Re Foundation and the company’s representatives will take part in a 6-month acceleration program, which will start in September. In this phase of the program, the focus will be on marketing, functional business and financial planning, gaining new clients, and creating a market strategy. The Shine program will support tirn technology in creating a plan for becoming a long-term sustainable company.  After creating a sustainable business plan and successfully presenting it to the jury, the company can receive another financial reward for its implementation. The final phase of the Shine program is monitoring and verifying the impact of the supported project.

As part of the first round of evaluation, the Pontis Foundation moved tirn technology to the final round, mainly due to the experienced and determined team.

“As part of the systematic change, we also appreciated the cooperation with several partners – local governments, companies, research institutions, and other associations. Such thinking and focus on the collective impact is a guarantee for us of successful social innovation.”

Finally, the commission from SwissRe and Bookbridge chose tirn technology mainly due to the great scaling potential of the product.

“Juraj Majera from tirn technology showed a huge portion of commitment of making this social enterprise successful, which comes hand in hand with the overall positive dynamics and willingness to learn, work and succeed. Also a determination to be a part of the programme contributed to our decision.”

–    Zuzana Szalaiová (Ambassador of the Swiss Re Foundation in Slovakia)

In April, the Swiss Re Foundation launched the second year of the Shine regional challenge in Slovakia, which supports social innovators. In the second year, a total of 19 projects applied for the challenge, which focused on mitigating the effects of the climate crisis or improving access to health.

The adoption of electric buses across municipalities around the world is not happening fast enough. We would love to change that!

Our vision at tirn technology is to create an easy and ready-to-use simulation software for collaboration between operators and manufacturers by using the current possibilities of A.I., publicly available relevant data, and modern simulation models to shape the future of electric mobility faster.

Our platform zero-emission bus (ZEB) simulator identifies the optimal bus model, powertrain, energy storage technology, the charging infrastructure, and its requirements. This provides the users with better predictions of the total cost of ownership and CO2 reduction. 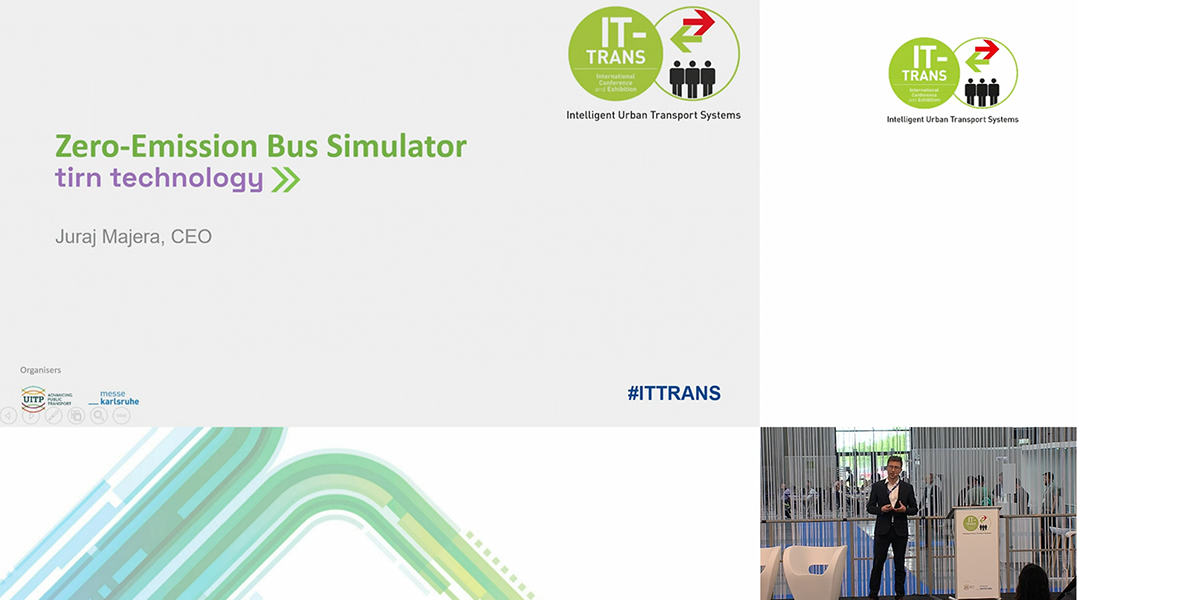 IT-TRANS Conference: Discover the Capabilities of Emission-Free Buses in Your City

tirn technology CEO Juraj Majera gives a keynote at the IT-TRANS conference in Germany. He talks about the importance of decarbonizing public transport and how tirn technology is accelerating this transition with their software solution, the Zero-Emission Bus Simulator. 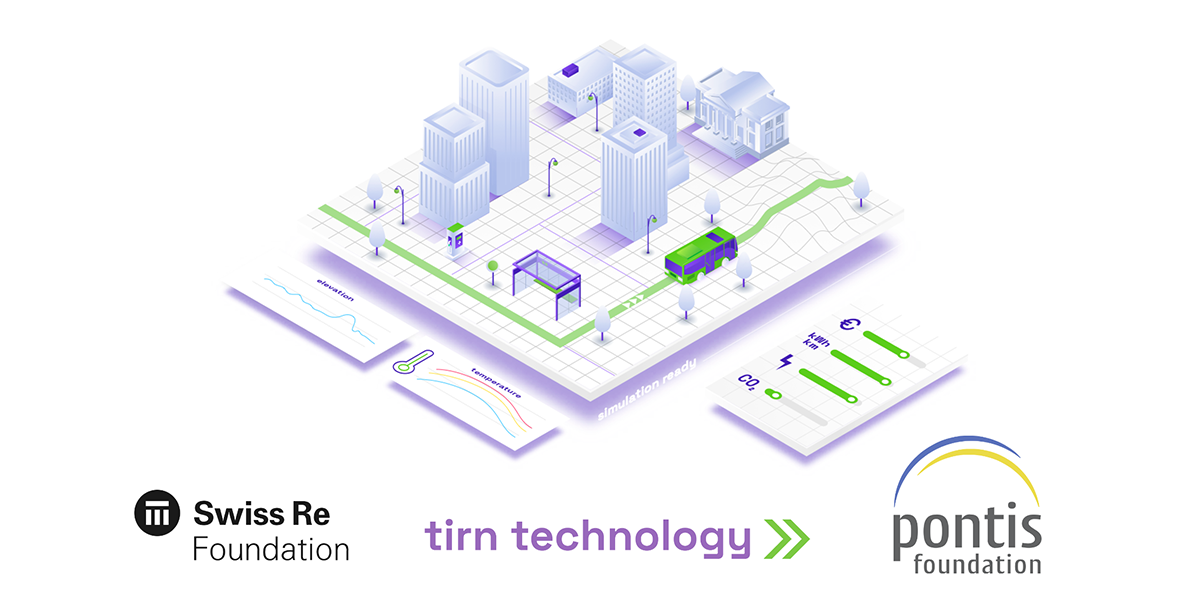 tirn technology, a Provider of a Zero-Emission Bus Simulation Service, Is the Winner of the Shine Program Held by SwissRe Foundation and Pontis Foundation 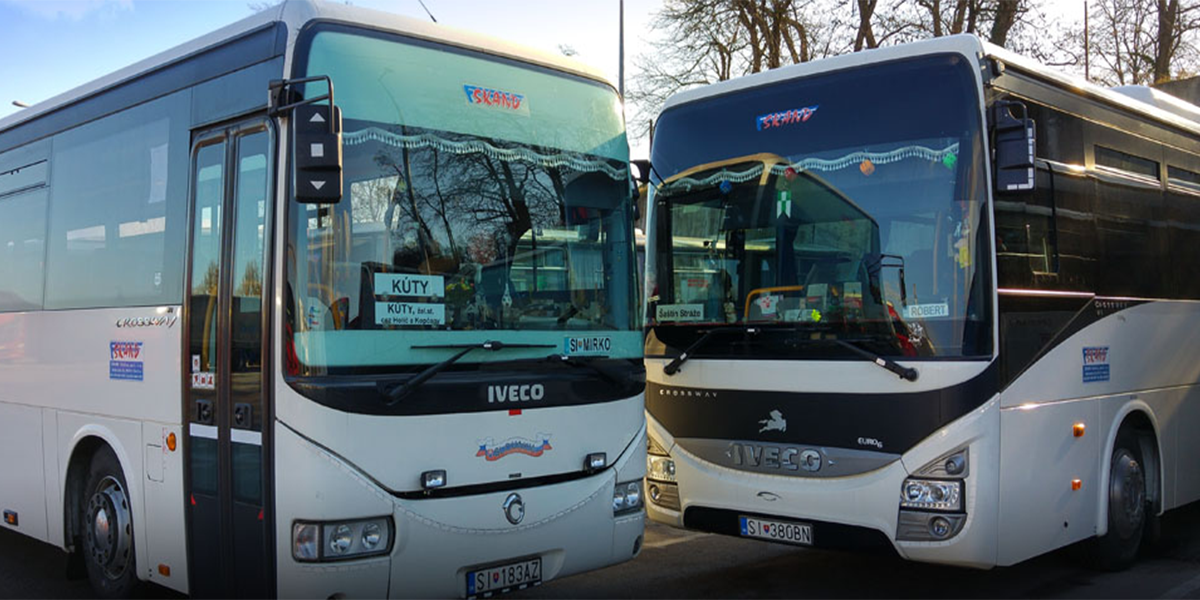 tirn technology has been recently selected to be part of the EU-wide HUBCAP program. In this program, tirn technology cooperates with SKAND Skalica to provide its zero-emission bus (ZEB) simulation service to efficiently decarbonize bus transportation, easily handle the fleet transition, and comply with legislation.

tirn technology announces Christoph Gümbel as its first advisor to shape its product and the direction of the company. 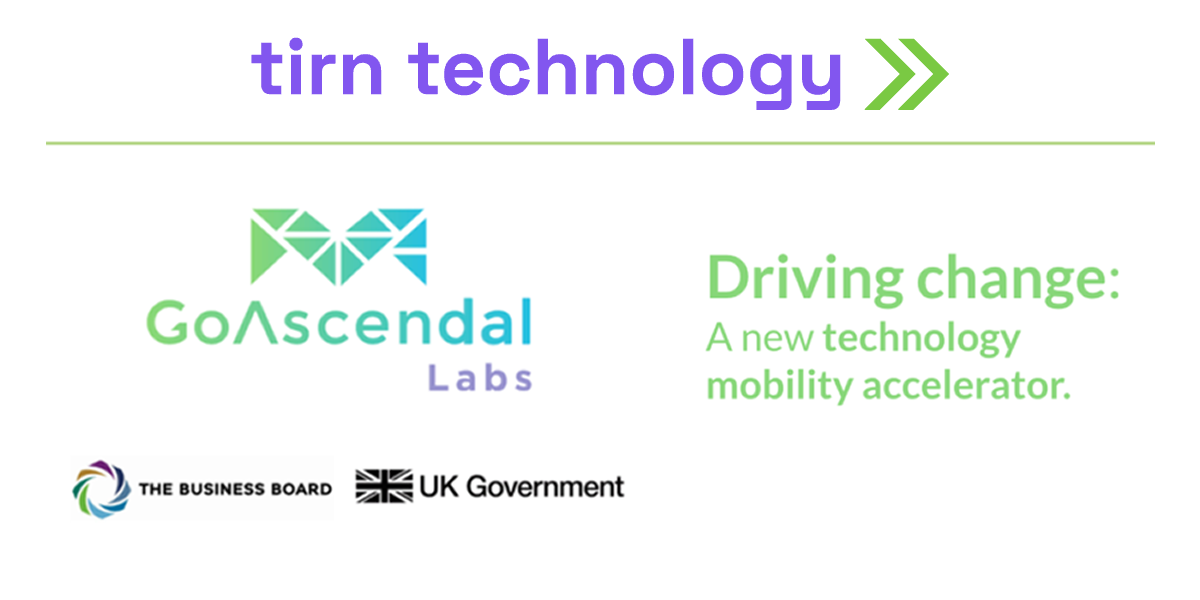 Read More »
We use cookies on our website to give you the most relevant experience by remembering your preferences and repeat visits.
Accept
Manage consent

This website uses cookies to improve your experience while you navigate through the website. Out of these, the cookies that are categorized as necessary are stored on your browser as they are essential for the working of basic functionalities of the website. We also use third-party cookies that help us analyze and understand how you use this website. These cookies will be stored in your browser only with your consent. You also have the option to opt-out of these cookies. But opting out of some of these cookies may affect your browsing experience.
Necessary Always Enabled
Necessary cookies are absolutely essential for the website to function properly. These cookies ensure basic functionalities and security features of the website, anonymously.
Functional
Functional cookies help to perform certain functionalities like sharing the content of the website on social media platforms, collect feedbacks, and other third-party features.
Performance
Performance cookies are used to understand and analyze the key performance indexes of the website which helps in delivering a better user experience for the visitors.
Analytics
Analytical cookies are used to understand how visitors interact with the website. These cookies help provide information on metrics the number of visitors, bounce rate, traffic source, etc.
Advertisement
Advertisement cookies are used to provide visitors with relevant ads and marketing campaigns. These cookies track visitors across websites and collect information to provide customized ads.
Others
Other uncategorized cookies are those that are being analyzed and have not been classified into a category as yet.
SAVE & ACCEPT